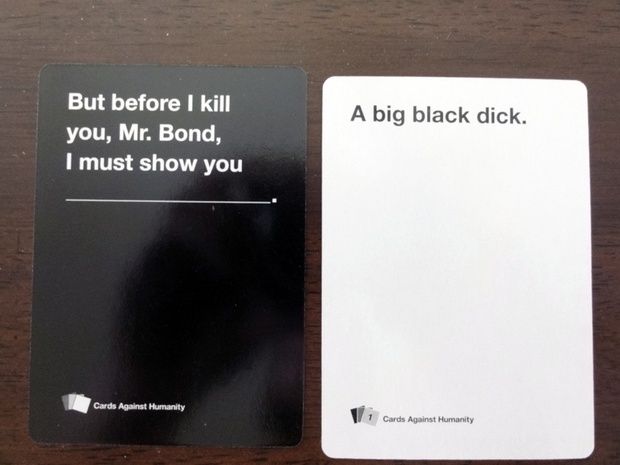 Basically the usual rules, but:

We use Wheaton's Rule, where you draw two black cards and pick which one you want, then return the other to the bottom of the pile.

To make things more interesting, we can also play with Dare Cards. After we've been around the table twice, we'll pull out some cards with various Dares on them.

When it's your turn as Card Czar, after you pick the winner and give him the Black Card that he's just won, you draw a Dare Card. You then have two choices: You can either carry out whatever the Dare is on the card, or, you can pay one Black Card that you've previously won (put it back at the bottom of the pile) to get out of it.

After you've carried out your Dare (or, paid your Black Card) then play continues to the next Card Czar.

As usual, the goal is to be the first to (five, ten, however many) Black Cards, so taking the Dares keeps you in the lead!